Sports Leagues and the Military have organized sports events to be held at various military installations home and abroad. USCG Air Station Borinquen will host an “Armed Forces Classic” game between the Louisville “Cardinals” and the Minnesota “Golden Gophers” Friday 14 November 2014. A basketball court will be built inside the Air Stations Operational Hangar to include bleachers and all. Not sure about the “time honored” refreshments.

ESPN informed the USCG they needed to film some “area footage” and gather some historical information about the former Base. That’s where we come in. Air Station Borinquen mentioned the Museum and ESPN gave us a call before they even arrived at the Island. We meet at the Museum, on the last day of their five day stay and they got the whole historical chronicle about the base. 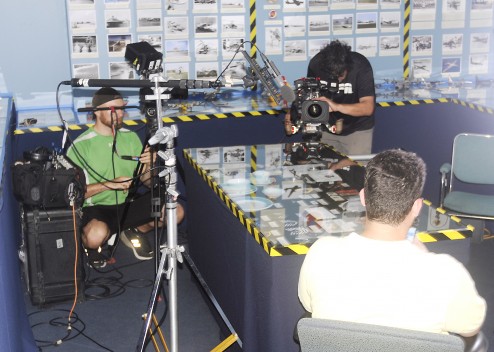 The footage will be shown during pre-game and halftime. The ESPN crew stated they had about ten good hours of usable film including the Museum’s. I mentioned whoever was going to edit the footage would have a bear trying to edit all those hours to about 30 minutes. They laughed and mentioned they need to edit down to less than five minutes !!!! The crew mentioned there is no guarantee the Museum info would be part of these minutes since they usually have to re-edit time and time again until the ESPN program director is satisfied. 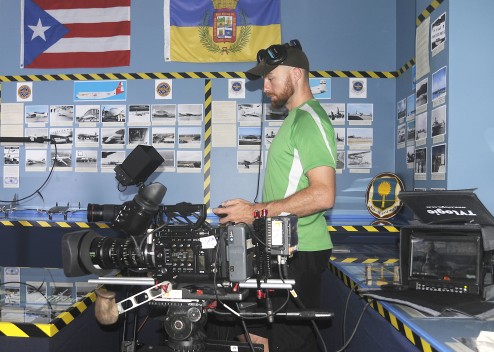 The game will be shown live on ESPN so stay tuned to see if we got some exposure or got cut away for commercials.  Either way we’re gonna try to be in the bleachers and we’ll be wearing our blue Museum polo’s so keep an eye out for us.