Another presidential moment in Ramey AFB history.  President Lyndon Johnson visits the base in 1968. 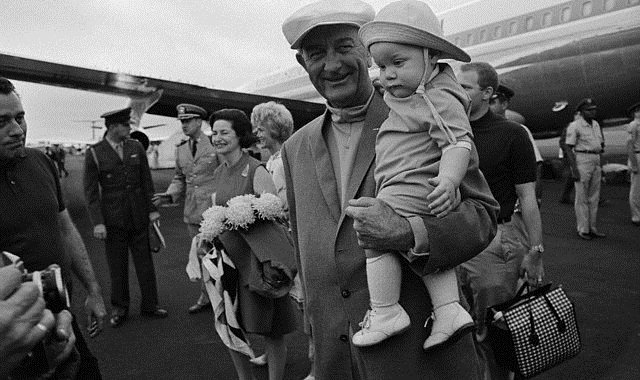 This photo was posted by Orlando Gallardo Jr. on the Ramey AFB Facebook page with the following caption:

President Johnson with his grandson Patrick Lyndon Nugent having just arrived at Ramey AFB a little after 5:10pm AST, 3 March 1968 for the weekend. He came directly from Georgia after attending the Lockheed C-5A Galaxy Rollout. As Vice President, LBJ visited PR on 2 April 1961 and 25-26 July 1962. The VC-137 in the background is probably 62-6000.

Once again much thanks to Orlando for his many contributions and keeping the memories of Ramey Air Force Base alive.