Thank you again to RAFBHA Member, Dave Albanese for sharing these photos and memories 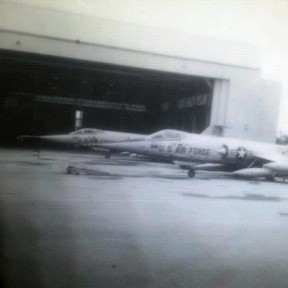 Back to back F-104 Star fighters deployed to Ramey AFB During the Dominican Republic crisis in 1965.

Photo taken by Dave Albanese, Base Air Police A flight. 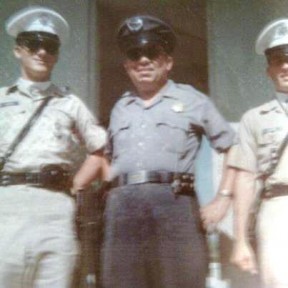 The “Three Amigos” working Gate 1 RAFB PR 1963 from left to right, A2C Dave Albanese, Sgt. Evaristo Reyes Lebron, and A1C Mike Machacek. It was a day shift which always had a PR Policeman work front gate with Base Police when avaliable. Sgt. Reyes taught us a lot about local customs and was a Great Guy. 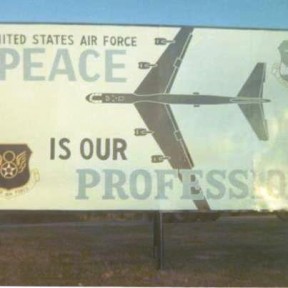 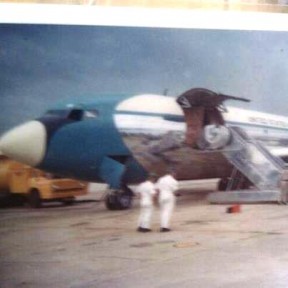 General Curtis LeMay, Chairman of The Chief of Staff of the USAF at 1965, Ramey AFB P.R..  Airman Dave Albanese at bottom of stairs of KC-135 LeMay Aircraft at Ramey for General Staff meeting. Notice how similar this is to Air Force One. I’m standing at Stair Ramp to aircraft. Air crew in white are From Gen. LeMays Air Crew This was Gen. LeMays last World wide USAF conference as he retired shortly after. He was know as The “Airmans General”. 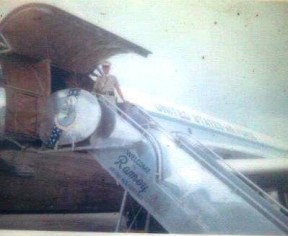 A2C Dave Albanese Guarding Air Force “One” on a overnight stop at Ramey AFB in 1964. It was quite a Honor I was assigned along with their own Air Police security that flies with the plane.