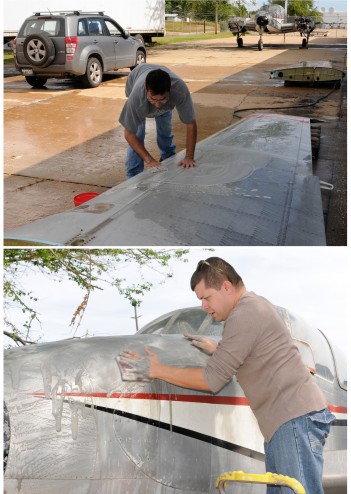 First of all we had to thoroughly clean the airframe. It took a whole day to properly remove all the dirt and grime accumulated thru time. One good hand wash removed all the mayor grime. A second wash was needed to get rid of all the leftover “liquid grime” that hid in every single nook and cranny of the airframe. Ricardo took on the wings and Alexis began on the fuselage. 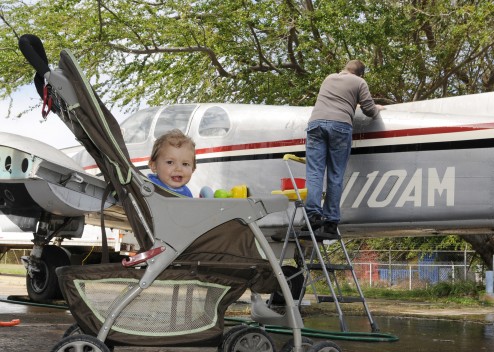 We had a very special foreman, Jaxiel Gonzalez, making sure we didn’t slack off on the job. Jaxiel is Alexis Gonzalez 11 month old son. By the way Jaxiel is the Museums Official Mascot.

The next step was aircraft paint remover to eliminate the paint on the bird. There wasn’t much paint on her but it was a bear to completely eliminate the “fused” paint scheme and remove all the residue. Jorge took the nose and Ricardo started on the tail. We met in the middle by the end of the day. 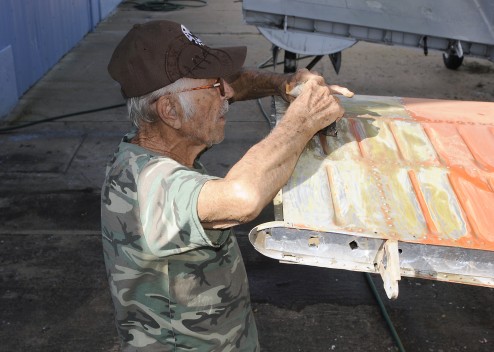 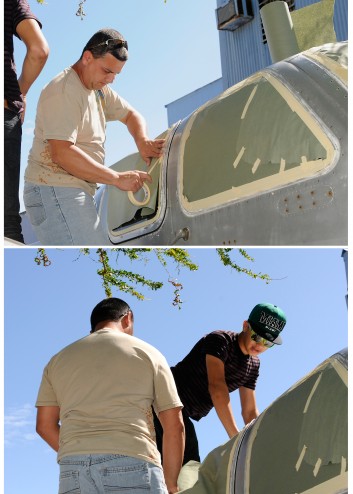 A little masking and we were ready to go. That is Jorge’s son, Ivan, lending a hand. By the way Ivan’s had a close encounter with an inanimate piece of concrete while practicing some bike jumps. For me, at that age, my bike was my “vehicle” and I wouldn’t do anything to change that. Then again that’s just me, a very long time ago, when I used to live next to the Flintstones Family. 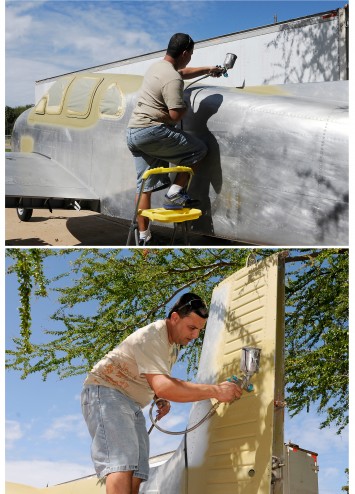 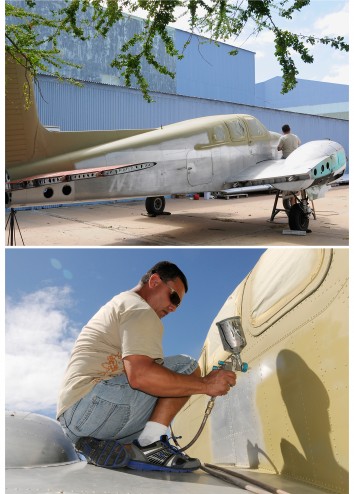 We all took a lunch break and then Jorge gave the fuselage a second hand. 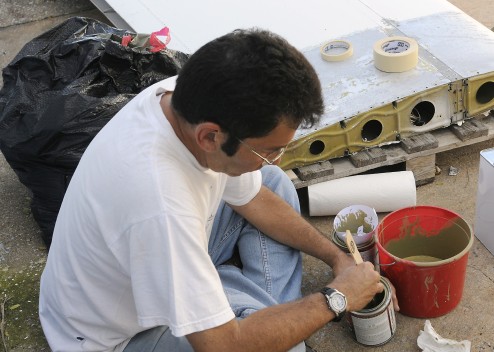 We prepared many batches of primer as we advanced. Here Ricardo preps the last final batch for the fuselage. 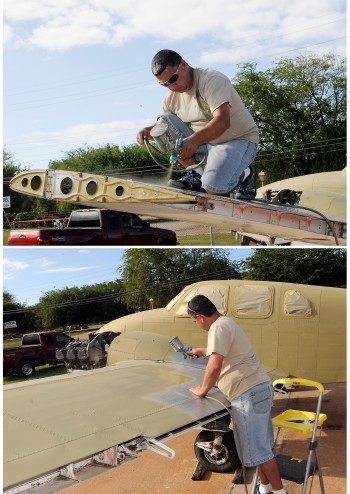 The wings are now attached and Jorge has begun to prime. We have no pictures of the wings re-assembly since every soul on hand was needed to do so. 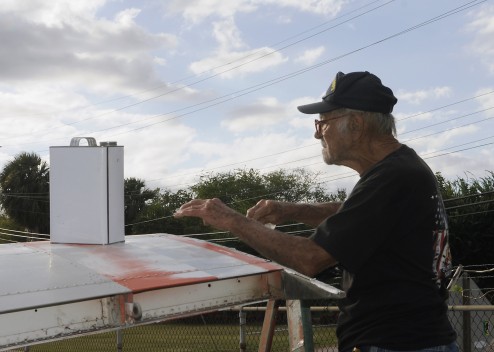 We missed a spot. Agustin takes care of it. 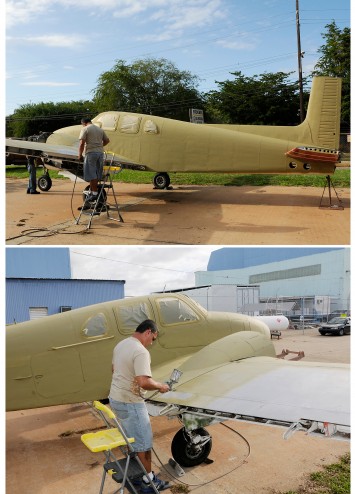 The end is near on a very long happy day. 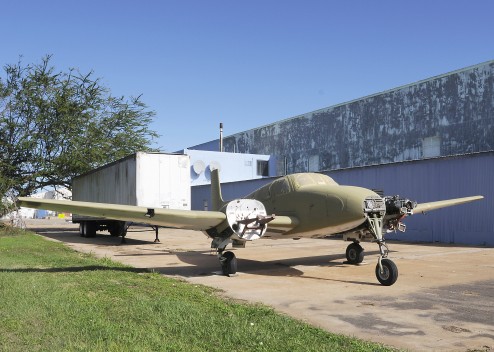 With the help of all the Museum Crew it took about a week to take care of business. We had some “weather” delay and we had some delays due to lack of water, go figure. Angel Galvan and Iris Hernandez took care of Museum visitors which gave us that Saturday to catch up on the “Twin Bonanza Project Schedule”.

She’ll be in full dress soon. So stay tuned…