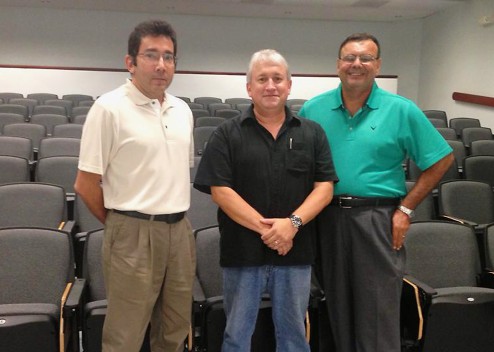 Prof. Pinero, seen here in the middle, is the Director of the Humanities Department for the University of Puerto Rico, Humacao Campus. Salvador is an avid military historian and has published “Puerto Rico Gibraltar del Caribe” in reference to WWII. Gerardo asked if he could use some of our Museum images for his next to be published “Coastal Defenses of Puerto Rico during WWII” and we pleasantly agreed 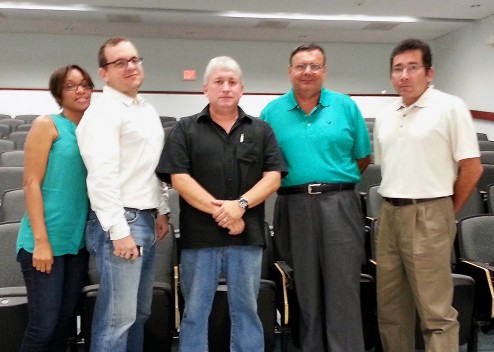 We meet Prof. Pinero thru another great longtime Museum friend Professor Salvador Lugo Diaz seen here next to his wife.  Salvador is an established Attorney at Law and teaches Criminal Law at the University of Puerto Rico, Fajardo Campus.

Salvador is also a serious military historian who established and administers the “League of Military Historians” which is represented thru the Facebook Page, Max Regresa.

The images seen here were taken at the UPR Humacao Campus during a documentary presentation for his second book. All the volunteers were invited to attend but only Angel and I were able to be present.