Vicki Bandy was in 7th grade when her parents were stationed at Ramey AFB.

Vicki contacted the Association, thru our website, to mention she was going to be visiting Ramey. She wanted to visit the Museum and visit her former home.

There was one problem though. Vicki did not remember her home address. As most 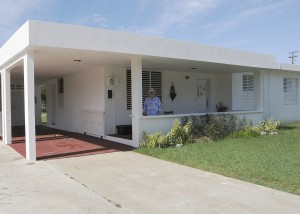 children her age she just remembers having a lot of fun at Ramey.

Vicki did remember one thing… she walked to school from her house. She also remembered she would walk with her father to the Officers Club.

So we drove to the Officers Club and everything became crystal clear. Vicki found her house as if it were yesterday. The school she used to walk to would be E Street School.

By the way Vicki’s husband is USAF retired 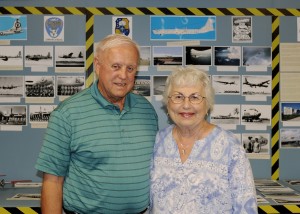 which first assignment was with the 55th SRW at Forbes AFB. The 55th was stationed at Ramey before moving to Forbes. When he saw the images of the 55th at the Museum he shot away as there were no tomorrow.  We all had a great time

They drove to San Juan that night. I’m sure there were lots of memories along for the ride. We wish them all the best and a big thanks for not forgetting good old Ramey AFB.